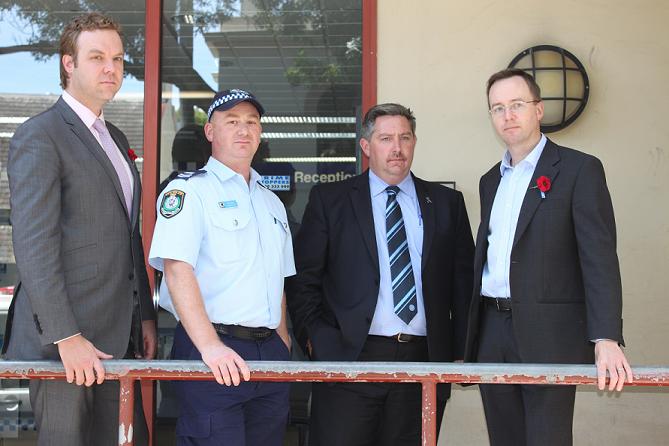 Hundreds of police have written to me in the past few weeks, sharing their concerns about the proposed changes to the NSW Police Death and Disability Scheme.

While some changes to the scheme were necessary to ensure the scheme’s long-term viability, it was also important to ensure that serving police officers who are injured in the line of duty and unable to continue working receive fair compensation.

The changes made by the government do not do this. Not only do the government’s changes unfairly disadvantage the majority of police officers who need to make claims under the Death and Disability scheme, the changes have also removed the ability for Police to seek intervention from the Industrial Relations Commission.

On 24 November 2011 the Coalition Government struck a deal with the Shooters and Fishers Party and the Christian Democratic Party to push these unfair changes through NSW Parliament, without sufficient consultation with Police or consideration of alternative scheme structures.

These parties secured some very minor amendments to the legislation, but none of them went anywhere near stopping this from being an unfair scheme that will leave seriously injured police paying the price for their service to the people of NSW.

In the course of opposing these changes, The Greens were able to secure one amendment which will at least require the scheme to be reviewed with an eye to how fairly it deals with police.

The changes will come into effect on 1 January 2012. They will apply retrospectively and cover the great bulk of Officers under the current Police Death and Disability Scheme with the exception of pre-1988 Officers.

It is my understanding that the Police Association is currently considering stage four workplace action. If this avenue is chosen the Greens will support police in their industrial action in pursuit of a fairer scheme. Given this law takes away Police’s right to approach the Industrial Court, Police are left with little other choice.

While the legislation has passed through NSW parliament, not only did the public pressure from police officers secure some modest amendments, this recent struggle is just round one.

The current insurance arrangements last only 12 months, during which there will be opportunities to engage in actions promoting a far fairer scheme for the following years.

The Greens will continue to support the right of police officers to be fairly compensated when they are injured in the line of duty.