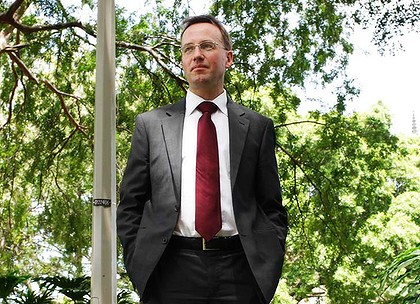 Gosford City Greens Councillor Peter Freewater has been found to have breached the council’s ‘Code of Conduct’ policy for publically criticising decisions made by the majority of councillors.

As reported in the Sydney Morning Herald

“In many councils code of conduct complaints have become political weapons and are used to fight essentially partisan battles using council resources.

“Councillor Freewater was raising legitimate matters for public debate and he should not have been prosecuted for raising them publicly.

“This case highlights some of the problems with the Code of Conduct. Each of these complaints should have been seen for what they were – political attacks on an inconvenient political voice.

“There needs to be a fundamental change in the way complaints under the Code are initially assessed, with an early, independent and objective review being undertaken by a person well removed from the council’s political machinations.

“General Managers, who only remain in office if they keep the political support of a majority of councillors, should have no role whatsoever in assessing Code of Conduct complaints.

“Councillor Freewater has been found to have breached the code of conduct because he was a strident critic of some decisions of his council that he voted against. In effect he has been found ‘guilty’ of being a councillor.

“It is fairly clear that the Code of Conduct is not being used to raise the standard of councillor behaviour, rather it has become a petty political tool for those who are willing to use it,” Mr Shoebridge said.