Police Minister has ‘no idea’ on illegal guns 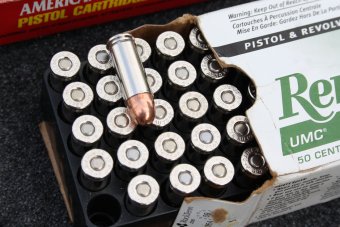 The NSW Police Minister, Michael Gallacher, has ‘no idea’ where this State’s illegal guns are coming from.  Worse still, when directly asked if he knew where the drive by shooting guns came from – he refused to even check.

The lack of interest by the NSW Police Minister has been highlighted by a figures presented by Federal Home Affairs Minister, Jason Clare, which show that nearly every gun confiscated by NSW police in the last six months was stolen from within Australia.

Despite having no actual idea where the guns have come from, Mr Gallacher persists in saying that illegal firearms in NSW are coming from overseas.

A.      Brief Summary of ACC Report on Illegal firearms

The ‘local black market’ is to blame for the outbreak of firearms on Sydney streets according to an Australian Crime Commission briefing, details of which were released by Federal Home Affairs Minister, Jason Clare.

According to Clare the briefing “…revealed there are tens of thousands of illegal firearms on our streets and most of them are stolen, not illegally imported. This fact proves that the main problem is the local black market.”

“In the last six months, New South Wales Police have seized 237 firearms off the streets of Sydney and only three of them have been illegally imported …  Most of them are stolen weapons,” Mr Clare said.

Media release by the Home Affairs Minister | As reported by news.com

Of the total number of guns seized in the following years, how many were found to have been stolen from a registered firearms owner?

Of the total number of guns seized in the following years, how many were found to have been illegally imported into Australia?

On 9 May 2012 Mr Gallacher’s provided an answer to Parliament these questions as follows:

“The NSW Police Force has advised me that its databases are operational, not statistical. The information requested by the Member is not readily available from current systems and its extraction, even if possible, would entail an unreasonable diversion of policing resources.”[1]

Despite not knowing where the guns were sourced from the NSW Police Minister is continuing to insist the problem of illegal guns in NSW exists primarily through failings at the national level.

He was reported in the Weekend Australian as saying:

“The Customs and Border Protection Service must urgently address the fundamental weaknesses that allowed illegal weapons to enter Australia undetected before other agencies will share intelligence and co-operate on a national firearms policing strategy.[2]

Commissioner Andrew Scipione, commenting on a “crucial knowledge gap” on the source of illegal firearms, said:

In January 2012 a NSW government spokesperson stated that:

” there was no evidence to suggest guns used in the recent spate of drive-by shootings were stolen from licensed owners ..”. [3]

The lack of evidence appears to have been sourced in a lack of due diligence in NSW Police and the NSW government Ministers in making the inquiries needed to understand where the guns have come from.

“To appease the Shooters Party in NSW Parliament the NSW Police Minister continues to credit guns used in crime to illegal imports, despite federal evidence to the contrary,” Mr Shoebridge said

“Federal Home Affairs Minister Jason Clare has made it clear that most illegal guns come from the domestic black market, including firearms which were not declared in the 1996 gun buyback.

“Others have been sourced from dishonest firearms dealers or have been stolen from registered firearms owners.

“While some importation of illegal firearms occurs on an ‘opportunistic’ and ‘ad hoc’ basis, the local black market is clearly an issue; it is disgraceful that due to political pressure the Police Minister is continuing to ignore it.

“When asked questions on notice about where guns used in drive-by shootings came from, Minister Gallacher said that sourcing this information would be an ‘unreasonable diversion of police resources’.

“Working out how many of the guns used in drive by shootings were stolen from licensed forearms owners is crucial to working out a response to firearms crime.

“The federal government has done some of the NSW Police Minister’s job for him, concluding that 99 per cent of weapons used in illegal shootings came from local sources, not imported.

“We have to ask whether the Police Minister’s continued inaction on this issue stems from a desire to not upset the Shooters Party in NSW Parliament.

“Given the amount of community concern about drive-by shootings in this State, it is astounding that the Police Minister hasn’t even bothered to find out where guns used in crime came from.

“The Minister appears to have his head in the sand on this issue which has serious consequences for the safety of the people of NSW,” Mr Shoebridge said.