Enterprise Zones: coming soon to a suburb near you? 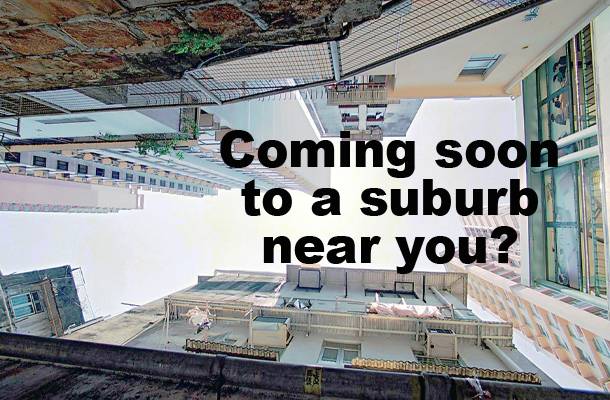 The O’Farrell government is proposing rules-free ‘Enterprise Zones’ for NSW, as part of their changes to the NSW planning system. This is a recipe for a developers’ paradise with absolutely no restrictions on potentially historic and important public land.

On the surface, Enterprise Zones appear to boost investment in a targeted area and create jobs. However, any benefits are short-lived. Their main effects are to move investment and jobs away from existing areas to create short-lived boom periods followed by almost inevitable decline.

Read  about other proposed changes to NSW Planning Laws

Make a submission to the government about the Green Paper

WHAT IS AN ENTERPRISE ZONE?

An Enterprise Zone is an area where businesses will be subsidised by state and local governments.

In the words of the O’Farrell government these areas will be characterised by “very little, if any, development controls”[1], with sizes varying from local precincts to whole local govt areas.

These Enterprise Zones will provide the following incentives for businesses:

Overseas studies show that Enterprise Zones destabilise local communities by sucking the jobs and investment out of surrounding areas. Boom periods of around three years are followed by long periods of steady decline.

Enterprise Zones are a quick fix with a toxic legacy.

Introduced as a popular ‘quick fix’ in the 1980s, the program is now acknowledged to have created far fewer jobs than claimed, at huge expense[2]. The Conservative UK government has responded to local developer lobby pressure and is rolling Enterprise Zones out across the UK.

The O’Farrell government appears to have simply cut and paste this policy into its Green Paper.

The London Docklands are often cited as an Enterprise Zone success, however on closer examination, it was the remediation of contaminated land and the link to the city of London via public transport in the form of the Docklands Light Railway which made the area a viable business centre.[3]

The best evidence is that Enterprise Zones risk seriously destabilising local economies with around 80 per cent of the jobs they create being taken from other localities.[4]

Enterprise Zone programs have been tried for over 30 years by state and federal governments to stimulate economic growth in depressed urban and rural areas.

Most studies suggest the economic effects of Enterprise Zones are unclear[5] and that the programs fail to increase employment.[6]

There is substantial evidence, for example in California, that the cost of these programs vastly outweighs the good they do in terms of economic stimulus.[7]

Evidence shows that Enterprise Zones may have, at best, a marginal positive impact in places already experiencing strong economic growth, rather than in depressed or declining areas.[8]

WHAT DO ENTERPRISE ZONES MEAN FOR MY LOCAL AREA?

If the O’Farrell government designates your area as an Enterprise Zone, you, other residents and your local council will have no say on the size, nature or type of development in your area.

It is inconceivable that any government would consider making an entire Local Government Area an Enterprise Zone, removing all existing protection from residents’ existing open space and environmentally sensitive land.

WHAT SHOULD THE GOVERNMENT DO INSTEAD?

Rather than just let developers off the leash with Enterprise Zones, a rational planning response would:

WHAT CAN I DO?

This proposal is not yet law. The government’s Green Paper is open for submissions from the public up to 8 October 2012.

Make a submission to the government about the Green Paper

Contact your local member, write to the Premier, tell them this plan is not on.

[5] Do Enterprise Zones Work? An analysis at the borders (2007) University of Colorado p. 1