Submission on proposed removal of the right to silence 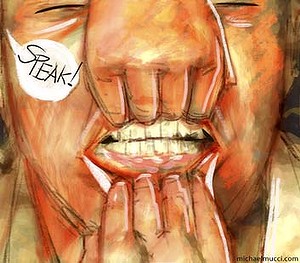 The right to silence is a 400 year old principle of our legal system which protects individuals from the heavy handed use of police powers.

Most people’s interactions with police are in highly charged and emotional circumstances. It is at these times that the right to silence is crucial in order to protect people from being entrapped or misunderstood.

Not only this, but there is no available evidence to support the Government’s assertions that this change is needed to stop abuse of the right by criminal elements. In fact the most recent comprehensive review by the Law Reform Commission of the use of the right to silence showed this to be blatantly untrue.

A draft piece of legislation enacting these changes was released by the Attorney General’s department. This exposure draft was open for comment until 28 September 2012.

The Greens NSW strongly oppose this change. A copy of our submission on the subject can be downloaded here: Greens NSW Submission Right to Silence