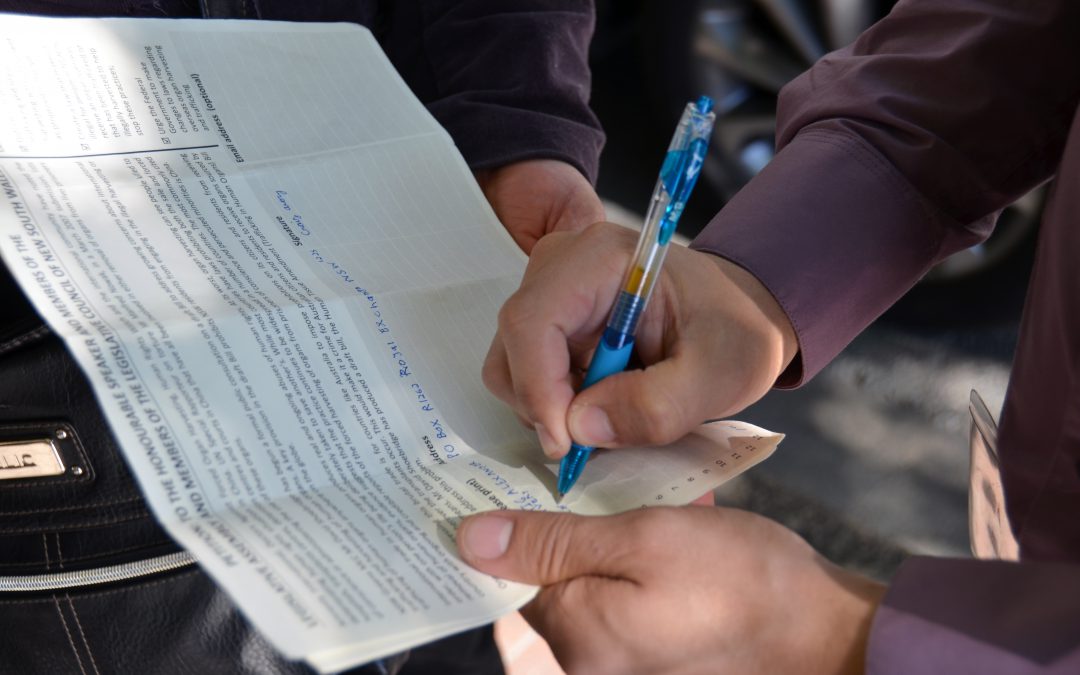 A petition with over 72,000 signatures was delivered today to Greens NSW MPs David Shoebridge and Jamie Parker, calling for legislative reform relating to forced organ harvesting.

“The size of this petition and the public response to this issue has been staggering.

“The number of people signing this petition is more than three times as many people as signed all the petitions presented to the NSW Upper House in 2012.

“When people are told about the issue of forced organ harvesting, their initial reaction is almost always that something must be done about it to stop our citizens engaging in the practice.

“Growing reports and evidence of forced organ harvesting and unethical trafficking across the globe make it imperative for all governments to close any avenues which may facilitate this gross violation of human rights.

“The Chinese government admits it harvests organs from executed prisoners – this includes prisoners of conscience.

“The Greens are proposing private members’ legislation to make it illegal for someone from NSW to go overseas and receive an organ which has been either removed forcibly or unethically trafficked.

“This is a basic human rights issue and we would hope it can rise above domestic politics and see all members of the NSW Parliament to support it,” Mr Shoebridge said.

The petition of tens of thousands of ordinary people from across NSW and Australian has been gathered by Falun Dafa. 25 April marks the 14th anniversary of when 10,000 practitioners were arrested in Tiananmen Square for peacefully petitioning the Chinese government to release Falun Gong Practitioners from imprisonment.

View all the photos of the petition handover can be viewed online here.