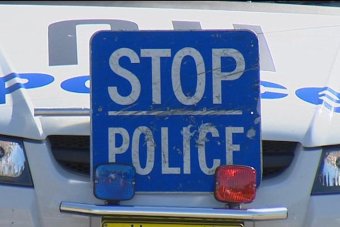 In response to the release of the damning Police Integrity Commission report into the tragic police shooting of Adam Salter and the subsequent internal police review, which includes recommendations of perjury and disciplinary charges against police, the Greens NSW are calling for an end to police investigate police for all critical incidents.

“This report is utterly damning of the police involvement in the death of Mr Salter from beginning to end, with findings of perjury, the production of knowingly false reports and grossly misleading police media statements.

“Like the recent reports into police involvement in the death of Roberto Curti from multiple Taserings, these highly critical findings into the death of Adam Salter demand action from Police Minister Michael Gallacher.

“An independent statutory body, with adequate resources to investigate all critical incidents involving police, is the internationally recognised way to stop the toxic culture of police investigating police and restore integrity to investigations of police misconduct.

“The PIC found that the accounts and evidence given by police of what happened when Mr Salter was shot dead by police were ‘false and knowingly false.’

“Not only were the personal accounts of police false, but the PIC found that a police situation report, media statement and media release all contained statements which ‘were untrue and supplied senior police and the public with a seriously false version of the events which happened.’

“When four police are recommended to be charged with perjury, this goes to the heart of the integrity of the justice system.

“The Greens have been calling for statutory independent oversight of critical incidents involving police for years.

“This report makes it clear that it is not just police themselves who need greater oversight, but the police media unit is also failing in its job to give accurate and unbiased accounts of police actions.

“It is time for Police Minister Michael Gallacher to take his head out of the sand, do what’s right for the people of NSW, and restore public confidence in the oversight of police.

“This can only be achieved by the immediate establishment of a single statutory body to oversight all critical incident investigations involving police use of force,” Mr Shoebridge said.

The report can be found online here.