WorkCover bullying to be investigated by the NSW Parliament 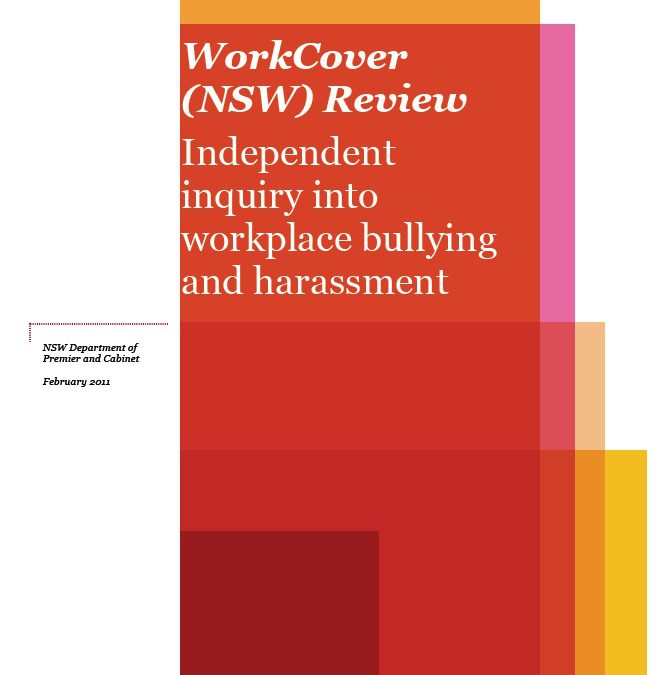 The vote in support of the Greens motion to establish the inquiry came after the finding on Friday in the NSW Industrial Relations Commission that WorkCover had systematically bullied a senior employee out of his job.

Details of the committee including when submissions will be accepted, hearing dates and more will be available on the Parliamentary website here.

Full text of motion is below.

“We are extremely pleased to see the Government support this long overdue Parliamentary inquiry.

“It is completely unacceptable to have ongoing bullying in the Government body that is tasked with protecting employees from harassment in the workplace.

“This most recent finding by the Industrial Relations Commission raise serious concerns about the culture of WorkCover.

“There have been ongoing concerns within WorkCover of systematic bullying and mistreatment of staff, yet despite reviews and promises it seems nothing has changed.

“In 2011 a report by Pricewaterhouse Coopers uncovered that 40% of WorkCover employees reported experiencing harassment and bullying in their workplace.

“Given last week’s finding by the IRC, it is clear that the recommendations of the previous report were either insufficient or have been inadequately implemented.

“WorkCover is responsible for handling operational health and safety in workplaces across NSW, including claims of bullying and harassment.

“WorkCover handles more than 5,000 claims about bullying per year, but with the regulator accused of bullying within its own ranks, it is hard to see how workers could have confidence in its ability to handle their claims.

“Rather than just another consultants review, what is needed now is a truly independent examination of the culture within WorkCover, and how this systematic bullying can be rooted out,” Mr Shoebridge said.

I give notice that on the next sitting day I will move:

(a)    on Friday 21 June 2013, the NSW Industrial Relations Commission handed down a finding that WorkCover had systematically bullied a senior employee out of his job,

(b)    the court found that WorkCover’s actions in this case had all ‘‘the characterisation of institutional bullying’’, and

(c)    WorkCover has previously been investigated following complaints of bullying, and the 2011 Pricewaterhouse Coopers report into the organisation found that 40 per cent of staff reported being bullied or harassed.

2.    That General Purpose Standing Committee No. 1 inquire into and report on allegations of bullying in WorkCover, and in particular:

(b)    WorkCover’s role as the State Regulator of occupational health and safety as it relates to bullying in the workplace,