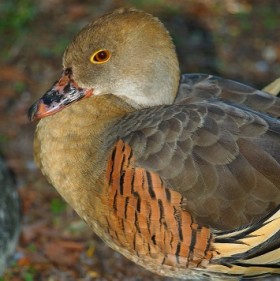 New figures released today show that almost 200,000 native ducks have been shot dead by amateur hunters in NSW over the last five years. This industrial scale killing is said to be for the protection of rice crops. The Greens and animal rescuers are calling for an end to the amateur hunting of our native ducks and a commitment from the government to funding for non-lethal control measures.

“Every one of the ducks that is killed is a native bird and it is a tragedy that we are seeing the organised slaughter of so many of our native animals.

“Many people think duck hunting was ended in NSW years ago, but the fact is it continues to this day and hundreds of thousands of our native ducks are being killed.

“The ducks are being killed by amateur hunters, many of them driving up from Melbourne for weekend hunting trips, who are focused on sport rather than protecting rice crops.

“Rather than simply signing off year after year on this industrial scale killing of native birds, the government should be focusing research into viable non-lethal control methods.

“Many of the ducks killed, such as the pink eared duck, don’t even eat rice, their killing is only done for so-called sport.

“Measures such as the direct sowing of rice crops and combinations of visual and acoustic decoys can already be used to greatly reduce the need to rely on lethal control measures.

“Conflict between native ducks and rice crops will only grow unless we take greater measures to protect natural wetlands and return environmental flows to our rivers.

“With oversight of the duck cull moving from the Office of Environment and Heritage to the Primary Industries department it is almost certain that we will see more ducks being killed in the future.

“The sheer size of the cull makes it more important than ever for NSW to stand up to the gun and hunting lobby and end all amateur hunting of ducks,” Mr Shoebridge said.