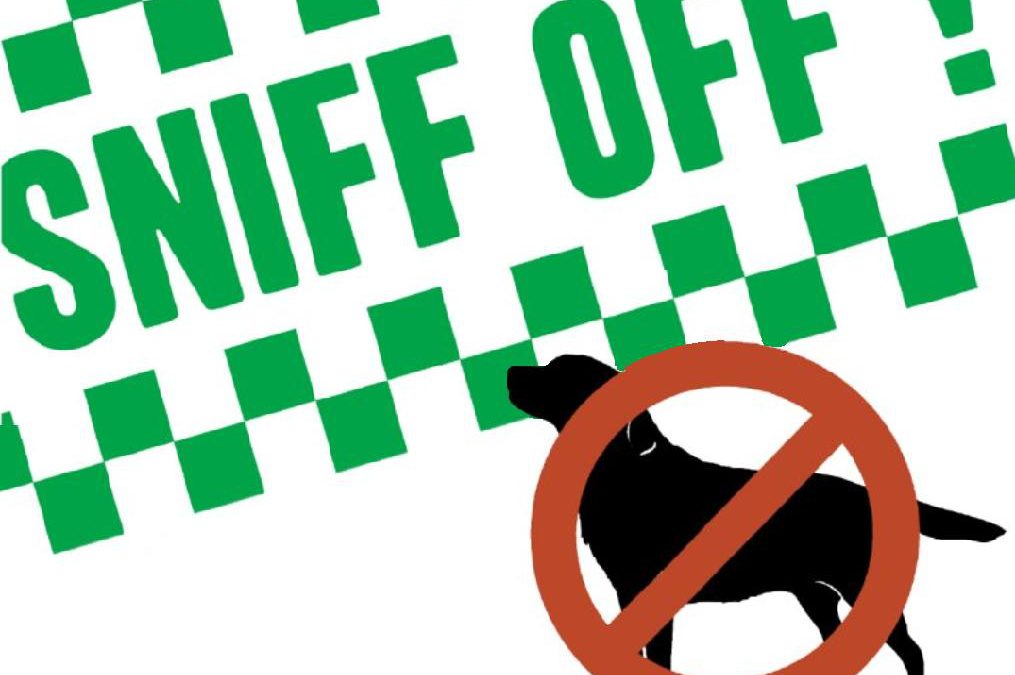 Government figures obtained by the Greens in NSW Parliament show that police drug dogs continue to be ineffective, with a high false positive rate of 64%.

Tens of thousands of NSW residents are being subjected to public police searches after being falsely identified as carrying drugs by sniffer dogs.

Data obtained by the NSW Greens shows the sheer scale of drug dog searches across the state – with the majority of searches not finding drugs.

The figures also reveal the searches are not spread evenly across the city, with people at  Redfern train station far more likely to be searched than those at Central or Kings Cross stations, even though Redfern searches are less likely to identify drugs.

Greens MP David Shoebridge said successive governments had failed to act on the problem of unjustified drug searches stemming from sniffer dog use.

“This data shows that every year in the range of 10,000 people are routinely and grossly inappropriately humiliated on our streets or on public transport,” Mr Shoebridge said.

“Their rights are trespassed, they are subject to an intrusive and humiliating public search, and on each occasion that happens the police know that they are far more likely than not to find no drugs, and to not have a proper basis for the search – yet nobody is doing anything about it.”

Of the 17,746 searches conducted after a dog gave a positive indication last year, 11,331 turned up no drugs.

Only 433 searches resulted in a successful supply conviction – a success rate of 2.44%.

A passenger at Redfern Station was 6.5 times more likely to be searched than somebody at Central, despite drug dogs having a higher false positive rate at Redfern.

From 2007 to 2010, NSW doubled the number of searches but the program still failed. The rate of recent illicit drug use among people in NSW actually increased – from 12.1 per cent to 13.8 per cent. In a survey conducted each year from 2008 to 2010, the proportion of drug users who had drugs on them the last time they saw a detection dog also increased – from 60 per cent in 2008 to 69 per cent in 2010. There is no good evidence that heavy police surveillance at dance parties and music festivals deters drug use.

This should come as no surprise. Each year, far fewer than 1 per cent of NSW’s illicit drug users are found with drugs during a dog operation. A 2012 study found that fewer than 10 per cent of people who had drugs on them when they saw a dog were detected. Among those who were searched while carrying drugs, the drugs were found less than half the time. With such limited success and a high false negative rate, the failure to deter drug use is entirely predictable.

The impact of these intrusive searches on people’s lives is a major negative of the program. Another cost is that these operations seem to only increase the health risks. The presence of drug dogs at festivals and parties creates an incentive for attendees to take all their drugs at once prior to entering. Often this is preplanned, but sometimes it is a panicked decision when confronted by the dogs. In a study of drug safety at raves, 30 per cent  of those interviewed reported that they consumed drugs to avoid detection after seeing dogs at an event. A young man overdosed and died after doing this at a music festival in Penrith in 2013. Many other harmful but nonfatal overdoses undoubtedly occur.

“If police are interested in stopping crime, they should focus on tracking down high-level drug dealers rather than harassing people on the street.

“The vast majority of people indicated by police drug dogs are not carrying drugs. A dog indication does not amount to “reasonable suspicion” which could justify a search.

“When drugs are found it tends to be a small amount for personal use. The conviction rate from drug dog operations is miniscule.

“Thousands of people are subjected to these invasive and humiliating public searches each year. In many cases people are even strip searched, only for no drugs to be found.

“Police focus on Redfern despite the dogs being less effective there. Redfern is home to Sydney’s most prominent Aboriginal community, people who have suffered too long from over-policing.

“These problems are not new – a 2006 Ombudsman’s report said that the use of drug dogs was ineffective and the government should consider ending their use. Successive governments have ignored this advice.

Find out more and join the Sniff Off Campaign: https://www.facebook.com/sniffoff