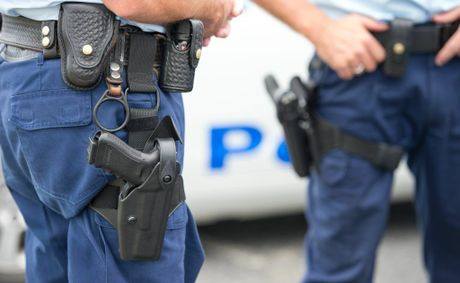 While the Commissioner has negotiated a 20% pay increase for himself, he recently fought doggedly to prevent all other police getting a 5% pay rise. The Commissioner stated that those working below him should be limited to a mere 2.5% pay rise. As the Full Bench of the IRC found in 2012:

The Commissioner sought, by the proposed award, the maintenance of a 2.5 per cent salary increase for each year of operation of the award, together with a ‘no extra claims’ provision. He opposed the claim for specialist officers outright. Other than the making of a new award, per se, and, as earlier mentioned, the making of an interim award for a 2.5 per cent safety adjustment, those elements of the counter-application were resisted by the Association (in particular, the Association pressed for the making of a three year award).

Scipione’s pay rise will be greater than the entire salary of a police constable after 5 years of service, which is $73,651.00.

In 2012 the Police Association eventually achieved a 3.5% per year pay increase. The Industrial Relations Commission ruled that the police had made major improvements in tackling crime, but Scipione argued that police only deserved the regular 2.5% increase because the falling crime level was “an Australia wide phenomenon”.

Scipione claimed that giving all other police a 5% pay rise would cost $625 million over three years and would “drive a surplus budget into deficit.” Although he opposed any increase for other police officers above 2.5%, Scipione is now set to receive a 20% increase to his salary.

In the 2015 State budget Treasurer Gladys Berejiklian confirmed that a cap of 2.5% would remain for most public servants.

“This a classic case of do what I say, not what I do from Commissioner Scipione.

“While the Commissioner is on the record as wanting all other uniformed police to be capped at a 2.5% pay rise, he has cut a deal that sees his salary

“What really sticks in the throat is that the $100,000 pay rise for Commissioner Scipione is 25% more than the total pay for the most senior police constables in the force.

“Something is seriously wrong when the front line people doing the work, in the police and elsewhere, get pay rises that hardly match inflation, while well connected executives are handed $100,000 pay rises,” Mr Shoebridge said.