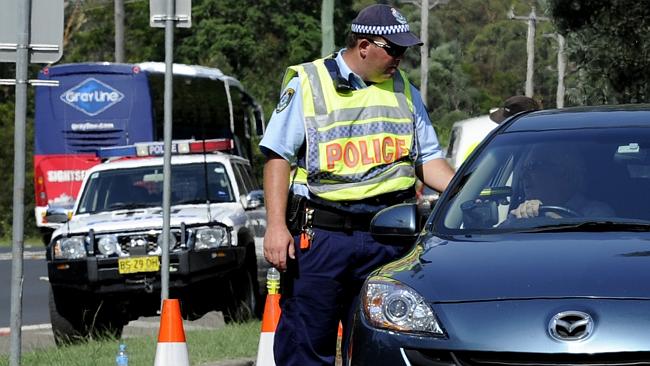 With the Government intent on massively increasing the numbers of roadside tests for drugs administered each year by more than 300% attention has rightly been focused on the utter failure of the program to improve road safety.

Radio National’s AM program started the year on 1 January 2016 with consideration of the flawed program:

As reported by the Echonet Daily:

We are a highly regulated country. If a company here tried to launch a product that was defective in its operation, based on dubious science and caused severe damage to the lives of the people it was supposed to serve there would be swift action, and probably severe penalties.

Unless of course it were a government product. Then the perpetrators would line up to take credit, and spin their misinformation and dodgy statistics to the credulous media.

It has been around for a while but in September National Party politicians Troy Grant (police minister) and Duncan Gay (minister for roads) announced that they would greatly extend the use of this controversial testing technique.

However, the drug test has defects that would trigger watchdog alarms were it not a government scheme. Here are some of them.

During ‘Operation Saturation’, which targeted the northern rivers from June 9 to July 6 this year, tests were administered to 1,376 people. Of these, 246 returned positive results, but when they were immediately tested again in a mobile drug lab, 72 – more than a third – were found not to be positive at all (report by Darren Coyne, Echonetdaily, July 10, 2015).

It misses the worst drugs and it penalises drivers who may be completely unaffected.

The swabs test for cannabis, amphetamine and ecstasy, but do not identify opiates or pharmaceutical medications such as painkillers and anti-depressants, which are known to impair driving skills. They test for minuscule amounts of cannabis, which means that a trace amount in a driver’s body, perhaps days after ingestion, records a positive reading – even though there is no suggestion that the drug is affecting the driver.

It does not test for driving impairment.

You can fail a roadside test not because you are under the influence of drugs, but because of the presence in your body of prohibited molecules, no matter how infinitesimally few they may be. The commander of random drug testing, Inspector Steve Blair, had this to say in an interview with Josh Butler of the Huffington Post (September 12, 2015): ‘It is purely a presence offence. In the roadside test, we’re not saying you’re impaired or off your face. The offence is simply a strict liability. If you have it in your system, that’s it.’

It is therefore not a road safety measure but an attack on lifestyles that people such as Grant and Gay disapprove of. It is hard otherwise to explain why some drivers are stopped more than once for ‘random’ tests, why the police were unwilling to comply with a Greens party freedom of information request for the scientific basis of the tests, and why cocaine users are left out of the net.

According to drug detection expert Tony Graham, incorporating a test for cocaine in the saliva swab would be a simple matter. ‘There is absolutely no reason – if they choose to – why they can’t do it,’ he said (quoted by Dana McCauley, Sydney Morning Herald, November 28, 2015). There is also of course absolutely no reason why police shouldn’t run sniffer dogs through places where bankers, lawyers and brokers are using cocaine, as well as where young people are using cannabis.

This is an expensive campaign. The drug test kits cost about $40 each and at last count there were five mobile drug testing buses in NSW, each costing up to $500,000. Add in the cost of training, laboratory work and all the television ads and it seems odd that the taxpayer should have to foot a bill of this size for activities that are not evidence based.

We know that Australian governments have lately found it hard to frame policies consistent with systematic knowledge – you know, science – but in this case they would not have to look far, as at least one other country has done the research. Greens MLC David Shoebridge pointed out (in theBrisbane Times, October 19, 2015) that the UK’s Wolff Report on Driving under the Influence of Drugsis designed to establish the world’s best practice in tests for drug-impaired driving.

Comparing evidence from Britain and many other countries, the report concludes that the level at which cannabis impairs driving is a blood concentration of five micrograms per litre. It would be a safe bet that most if not all of the convictions recorded against drivers in NSW from random tests concerned levels much lower. The Wolff Report also tabulates the driving impairment thresholds of other drugs, including combinations of drugs with alcohol, and finds the most dangerous to be the valium-type medications. Such prescription drugs are the most often detected in drivers involved in accidents, and the second most likely (after alcohol) to be found where the motorist died in the accident.

Why has our legislation ignored scientific evidence? Probably because mobile drug testing originated in Victoria in 2004 when there was less evidence available (the Wolff Report came out in March 2013). Other states have adopted the Victorian model (and the drug kits that are manufactured in Victoria) without, apparently, giving it any critical thought.

The other reason for avoiding evidence-based legislation is less benign. Right-wing ‘war on drugs’ ideologues are keen to use the police in their attacks on unruly minorities. It is hard to forget how in the eighties Sydney police were flown in to treat Main Arm settlers like terrorists. Citizens who stand up to polluting gas miners and refuse to accept the demonisation of useful herbs certainly create headaches for authorities, and following the Bay’s experience of over-policing during Schoolies this year it might appear that our patch gets more attention than it strictly needs.

Ironically, some parts of government are beginning to see the benefits of medicinal cannabis. The cultural warriors bitterly resist this development, which blurs the simple black-and-white, them-and-us dichotomy they operate under. Even if they are ultimately defeated, there is little doubt that searching for cannabis residue in the bodies of northern rivers drivers will bring them a rich haul of ruined lives. There have already been cases of false positives costing thousands of dollars to fight, of trace drug findings losing people their licences and hence their jobs.

World’s best practice would abandon the ideology of the war on drugs in favour of measures for genuine road safety. It would give us tests that can identify all the drugs of concern, tests that do not produce numerous false positives and tests that measure the actual driving impairment of those being tested.

Until random drug tests achieve that minimum level of practicality and justice, the public should be wary of the motives of the politicians pushing them.