Secrecy and deceit, the Baird Government’s guide to council amalgamations 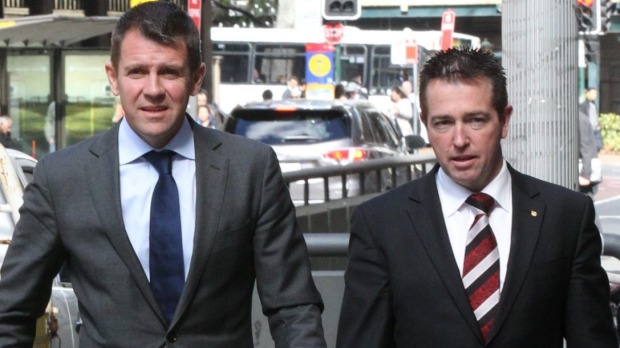 Department of Premier and Cabinet refusal to release documents

The Baird government is refusing to release 25 secret reports analyzing the costs and impacts of 35 forced council amalgamations.

In response to a Government Information Public Access application (FOI) lodged by Greens MP David Shoebridge, the Department of Premier and Cabinet have refused access to KPMG’s business case, financial modeling and impact analysis, as well as 20 separate documents authored by KPMG analyzing the financial impacts of council mergers.

Despite repeated requests to the Office of Local Government, Minister for Local Government and Department of Premier and Cabinet, councils and residents have been denied access to this crucial information ahead of the public inquiry and submission process, raising serious concerns about the integrity of Baird’s forced amalgamations plans.

It really seems like one of those yes-or-no questions.

But in what seems part Utopia and part Fawlty Towers, it’s taken a week, two freedom of information requests, four e-mails and at least six phone calls to try to establish whether a report has been released by the NSW Government.

Even then, there are still two different answers.

The state government has been touting a promised $2 billion in savings from its plans to cut the state’s councils by nearly 40 in a series of proposed sweeping mergers.

Consultants KPMG were paid about $400,000 for the report.

The Opposition, the Greens and anti-merger residents have all been calling on the government to show its working and release its report.

But the state government has been maintaining resolutely that it has already done so.

“The full KPMG report […] is publicly available,” the state’s Office of Local Government said. Government spokespeople briefed the same line in writing and on the phone.

But what the government has released has been likened to a series of glossy brochures. They give readers a series of headline figures: Warringah and Pittwater councils will save $40 million over two decades if they merge, for example.

Missing is any sense of how that figure has been produced, how many fewer people the merged council might employ, how much less it might spend on computers, and so on.

A Fairfax Media reader requested a copy of the entire report from her local Liberal MP, only to be told it was “cabinet-in-confidence”.

The government quickly said that its MP had just returned from holidays and was working on out-of-date information. The report has been released, it reiterated.

Last week, Premier Mike Baird gave an interview to his local paper in which he said the report’s “key elements” had been released.

Then, Greens MLC David Shoebridge seemingly blew apart the government’s claims to transparency. He requested, under freedom of information law, copies of all analysis and modelling by KPMG held by the Premier’s department.

The answer was revealing. Three pieces of analysis had been released by the state government. A further 25 commissioned in the past year had not been, and remained confidential.

Among the documents marked classified include a document showing how KPMG came up with its calculations, the options it canvassed for different configurations of mergers and a “business case” that seemingly laid out the nuts and bolts of the $2 billion figure.

“The Baird government’s forced amalgamation push is based on secret documents that are being deliberately hidden,” Mr Shoebridge said. “If the government’s case was robust […] it almost certainly would have been shared.

“Most people would quite rightly call the whole thing a con.”

The portion of the report the state government has released – a list of data sources KPMG used – came in for immediate criticism. Labor pointed out it was undercounting by half the cost of laying off council workers, while an academic said the report was “awash with errors”.

A recent request by shadow local government minister Peter Primrose seeking a list of people KPMG spoke to for its report came back with three pages redacted.

Extraordinarily, Mr Shoebridge’s request also showed that the government itself has no copy of KPMG’s calculations because they are deemed the consulting giant’s private property.

“We can now confirm that the Baird government’s forced amalgamations push is based on secret reports that are being deliberately hidden from the public.

“An honest government would give the community these documents so they could see for themselves just how much forced amalgamations will cost and put to proof the government’s unsupported claims that they will save money.

“Almost certainly the documents they are hiding, including the business case and 20 KPMG reports on forced mergers, show that ordinary residents will be paying more, and getting less, if these mergers go ahead.

“The community are rightly angry that Premier Baird and Minister Tool have treated them like mugs and hidden these key documents from them.

“Most people would quite rightly call the whole thing a con.”

“The Minister and the Premier have had a business case on forced amalgamations since October last year but have refused to share it with either the local government sector or the public.

“If the government’s business case was robust and gave unambiguous support for the it’s politically driven merger plans then it would certainly have been shared far and wide.

“Not only are they hiding their business case, but they have also claimed cabinet in confidence over 20 KPMG reports analysing the financial impact of council mergers.

“These documents are obviously such stinkers that Mr Baird has popped them on a trolley, run them through a cabinet meeting, and then stamped them ‘never to be released.’

“Not releasing these reports for the public inquiries that have just finished, throws into doubt the integrity of the entire forced amalgamations process.

“It’s well and truly time the Premier respected the public’s intelligence and this starts with the immediate release of all the reports,” Mr Shoebridge said.