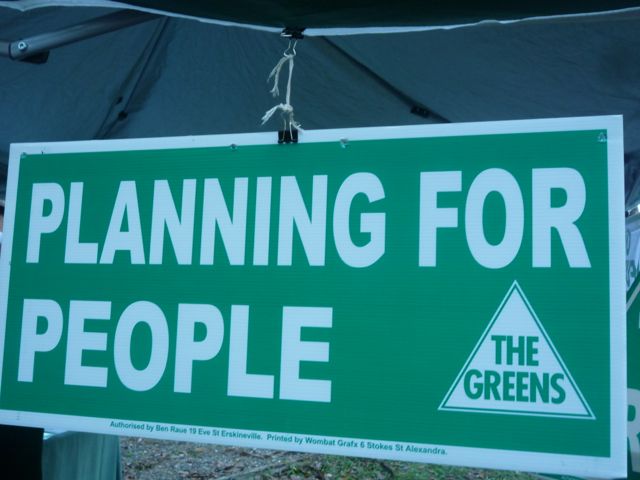 Mr DAVID SHOEBRIDGE ( 16:09 ): As Premier Baird and his Coalition Government continue to trash local democracy, remove planning powers from residents, supersize councils and prioritise developer need over community need, questions are rightly being asked about his agenda. Is this something that he fundamentally believes in or is he a puppet on a string? And if so, who is the puppet master? So we thought we would take a look at the Property Council’s document titled “NSW Priorities 2016”. The Property Council is an industry lobbyist, also known as the shadow Government of New South Wales. Its primary role is to advocate not to councils, not for environment, and certainly not for communities, but for the big developers and the property industry. It proudly states that its primary focus is agitating “for policy outcomes that make New South Wales a better State to invest in the property industry” and for the “business interests” of its members.

What are some of the major wins that the Property Council has proudly championed in its NSW Priorities 2016 document—it looks awfully like the entire Baird Government agenda. The first thing it says is that it champions the results on amalgamations—”21st century councils”, as it says. For more than a decade it has called on the Baird Government to undertake reform to modernise local government by creating stronger, larger councils. What did it get? The New South Wales Government announced proposals—just as the Property Council had asked it to—to reduce the number of councils from 109 to 87 in the regions and from 43 to 25 in Sydney. The Property Council asks and Mike Baird delivers.

The Property Council also wanted reform of strata laws—also called pushing pensioners out of flats. It advocated for the reform of strata laws and the introduction of a fair and reasonable threshold for terminating strata schemes. What did it get? Strata laws have been amended to introduce a 75 per cent approval to terminate and renew a strata scheme. Who is the Government here? It does not look like it is Mike Baird. It looks like the puppet master is the Property Council because it gets what it wants. The Property Council also said that it wanted a review of planning regulation. It called for a review of all State Environmental Planning Policies [SEPPs] to unclog roadblocks at a development assessment stage and promote growth and density. What did it get? A full and comprehensive review of all 60 SEPPs commenced in 2015, with a review of 16 SEPPS now complete. The Property Council asks and Mike Baird delivers on a platter.

It also said that it wanted more priority precincts. What did it do? It called for the identification of a rolling schedule of priority precincts, formerly know as urban activation precincts, to help deliver the housing and employment that New South Wales needs and the profits that its members are desperately asking for. What did it get? The Government’s “A Plan for Growing Sydney”, which includes a goal to deliver more housing supply alongside urban renewal by rolling out additional precincts around train stations in the Inner West, north-west and south-west. New priority precincts announced include Glenfield, Carter Street, Lidcombe, Arncliffe, Banksia, Showground Station and Ingleside. Let us be clear, if people live in one of those communities it was not delivered because it is in the interests of local residents; it was delivered because the Property Council demanded it and its puppet on a string, Premier Baird, delivered it for them.

Mr DAVID SHOEBRIDGE: I withdraw the comment. It is exactly the same story in Newcastle. What did it do? It campaigned for transport reform in Newcastle, including utilising private sector experience and a regional governance structure to support a focus on door-to-door customer journeys through greater focus on interchange and multi-modal integration—if we pull that gobbledygook apart, the council said it wanted to shut the rail line and open it up for development. What did it get? The New South Wales Government is to establish Australia’s first integrated, multi-modal public transport network operated by the private sector. It got the private sector taking over the transport and the shutting down of the rail corridor. The Property Council asks and Mike Baird delivers.

If that is not scary enough, wait until we hear the Property Council’s plans for the future. It wants a major overhaul of the State’s planning system, the enshrining of forced amalgamations, protecting the property sector from increased taxes, increasing commercial office space in Sydney and delivering intensive development in the Illawarra and Newcastle rail corridor. This is the secret shadow Government of New South Wales, printed on its own letterhead