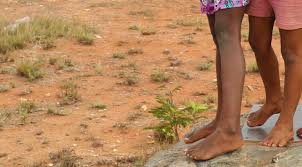 In a report that demonstrates serious structural failings in the NSW child protection system the Auditor General has found that the number of NSW children in out of home care (OOHC) has increased from 20,003 to 21,145 over the last year. Meanwhile the privatisation of OOHC services has seen more than $700 million of public money handed to NGOs with poor financial oversight and no capacity for that spending to be reviewed by the audit office.

The continued rise in the number of children being taken from their families and placed in out of home care now costs NSW taxpayers $1 billion a year and prevents resources being directed to keeping families together. This is particularly the case for Aboriginal families, with Aboriginal children making up nearly half of the increase in children in OOHC.

Immediate reform is required to empower the NSW Auditor General to “follow the money” and audit how NGOs are spending such large amounts of public money. This power already exists in other states.

“NSW has some of the highest rates of children in out of home care in the world, with an additional 1,142 kids taken from their home and families in the last year.

“There are more than 8,000 children currently being cared for by NGOs that are not directly accountable to Parliament or the Auditor General.

“Urgent reform is needed to ensure that the Auditor General can follow the money and audit how NGOs are spending such large amounts of public money. This power already exists in other states.

“The crisis in child removals in this state’s Aboriginal community continues with almost half the additional children being taken last year identifying as Aboriginal. the stolen generation is not a thing of the past, it is happen around us today.

“The Baird Government needs to commit funding a child protection system that focuses on keeping families together not just removing children once families fall apart.

“There is currently a vast amount of resources focused on managing emergencies, removing children and putting them into care which means there aren’t the resources to do the crucial things that keep kids out of care in the first place.

“It is more important than ever to invest in lasting solutions that strengthen communities, not forced removals.” Mr Shoebridge said.