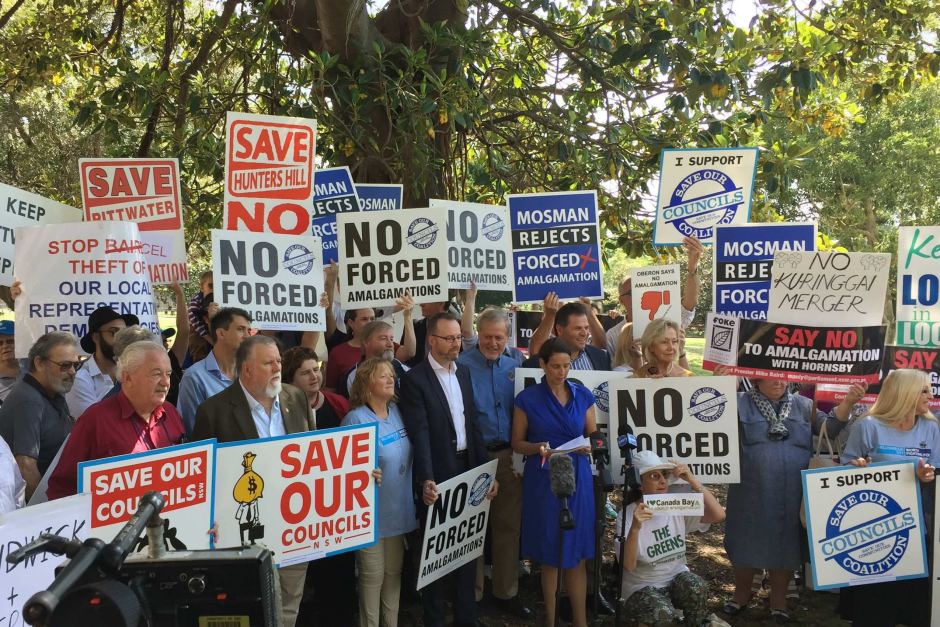 In a win for communities and councils across the state, the Upper House has today passed a bill to end forced council amalgamations.

All parties other than the government have voted to halt all outstanding forced amalgamation proposals until residents are given their say in a binding referendum. The bill also gives residents in councils that have been forcibly amalgamated the right to a binding vote on de-amalgamation.

The Greens also successfully moved an amendment to ensure that no council amalgamation can ever happen again without first holding a referendum in local communities. This protects local democracy in the future.

“Communities had a great win today with the Upper House passing a bill to end forced council amalgamations.

“The Greens, the Shooters, Labor and the CDP have put their differences to one side and voted for a bill that will fix the forced amalgamation mess.

“This bill says that all outstanding forced amalgamation proposals must be halted until residents have their say at the ballot box.

“The bill also ensures that all the communities disenfranchised by the Coalition’s forced amalgamations in 2016 will be given the right to vote on de-amalgamating.

“The Greens successfully moved a crucial amendment to stop this or any future government from amalgamating councils without first holding a binding referendum of local residents. This protects local democracy in the future.

“This bill will now go down to the lower house, where the Coalition has one more chance to right a wrong on a failed and undemocratic policy.

“This is an opportunity to pull back from her government’s deeply unpopular forced amalgamations and start to restore faith with communities from Tumbarumba and Leichhardt to Pittwater and Gundagai.” Mr Shoebridge said.