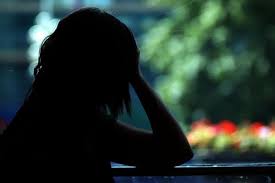 The crisis in our child protection system will continue with the Liberal National government rejecting the majority of recommendations from a cross party Parliamentary report into the system.

The inquiry’s central recommendation to invest hundreds of millions in early intervention programs was not supported nor was a recommendation that would give Auditor General the power to follow funding given to non-government organisations such as Life Without Barriers.

The Greens welcome the government’s support for greater Aboriginal self-determination in the child protection system. Aboriginal children are removed at a grossly disproportionate rate and we will continue to work with Grandmothers Against Removals to ensure this political support is implemented on the ground.

“The Coalition’s response to this inquiry is inadequate and will not even touch the sides of the deep systemic failings in the NSW child protection system.

“This inquiry had support from all parties so it is deeply disappointing that the government has chosen to ignore the bulk of its recommendations.

“The inquiry’s central recommendation was to invest hundreds of millions in early intervention programs sustained over years and that’s the challenge Minister Goward has failed.

“All the evidence shows that once early intervention and support begins to work and keep more children in safe homes, existing resources can be switched from crisis management to evidence based early intervention. Done well this can become a virtuous cycle.

“Instead of the billions of dollars put towards motorways and private rail lines, it’s time to invest in our children and early intervention to keep families together.

“Given the grossly disproportionate number of Aboriginal children removed from their families we welcome the government’s support for greater self-determination in the child protection system.

“We’ll be continuing to work with Grandmothers Against Removals to ensure that this isn’t just empty rhetoric and is implemented on the ground in Aboriginal communities.” Mr Shoebridge said.