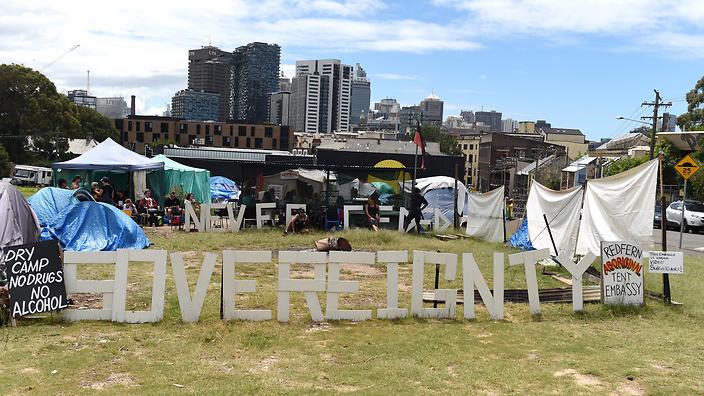 The Greens Councillor said at a citizenship ceremony in October that Australia was stolen from its rightful owners and Aboriginal sovereignty was never ceded.

This prompted the Assistant Minister to write to Councillor Sri advising he was considering revoking Councillor Sri’s authorisation to receive the pledge of commitment.

The Assistant Minister will end up in legal trouble if he attempts to revoke Councillor Sri’s authorisation without removing the authorisation for all Brisbane City Councillors.

If the Minister moves on this threat it would mean all 26 Brisbane City Councillors on the largest local government in Australia would no longer be authorised to take pledges of citizenship.

“This is an ugly form of thought control from a government that pretends to support free speech.

“It turns out this Federal Liberal government only supports free speech for bigots.

“The federal government is intervening at a local level on an issue they’re clearly out of touch on.

“The wider community rejects the whitewashing of Australia’s history, we can see that in the movement to change the date of Australia Day from January 26th.

“If we are not on stolen land then the federal government should be able to show us a treaty.

“We have no hope of overcoming the structural disadvantages faced by Aboriginal Australians if we continue to refuse to acknowledge the truth about the injustices they’ve suffered.

“Councillors across the country routinely speak the truth about Australia’s violent history of colonial dispossession at citizenship ceremonies and other official engagements.

“If the Immigration Minister moves to silence them, they will have a fight on their hands,” said Mr Shoebridge.

“During my Acknowledgment of Country at that ceremony, I mentioned – as I often do at all kinds of public events – that the Australian continent was stolen from its rightful owners and that Aboriginal sovereignty was never ceded.

“I didn’t make a big song and dance about it.

“I simply acknowledged that the land was stolen and moved on to congratulate the new citizens who were taking their oath that day, and I will not apologise for this.

“I find it particularly strange that the Minister considers it offensive to publicly acknowledge that Australia was stolen from its rightful owners.

“Pointing out that Australia was invaded, not peacefully settled, should not be considered a controversial statement,” Councillor Sri said.