Powerhouse move is an act of cultural vandalism 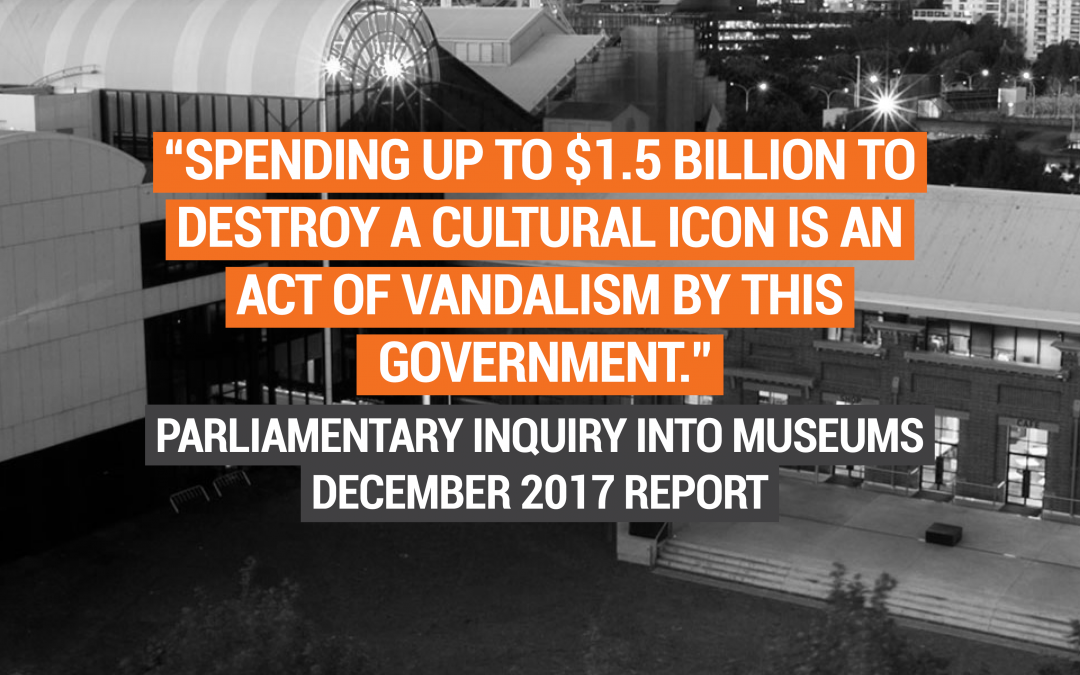 Spending $1.5 billion to relocate the Powerhouse Museum without even a business case would be an act of cultural vandalism, says the Parliamentary Inquiry into Museums and Galleries.

An interim report handed down today has called on the Coalition Government to release the full business case associated with the proposed move. The committee has also called on Premier Berejiklian and former Premier Baird to face the inquiry.

“This report makes clear that there is no evidence, no business case and no community support for moving the Powerhouse.

“This is a reckless act of cultural vandalism that will cost up to $1.5 billion of public money.

“The Powerhouse Museum is a much loved Sydney icon, any proposal to relocate it must be backed up by powerful evidence and a strong business case.

“Parramatta deserves its own museum to tell its Aboriginal, colonial and migrant history.

“It’s insulting to think that Parramatta can only be put on the cultural map by relocating the Powerhouse to it.

“If the government seriously has $1.5 billion to spend on museums and galleries then it shouldn’t be wasted on destroying the Powerhouse.

“The Powerhouse works this government shouldn’t break it.

“Premier Berejiklian has refused to even face the inquiry to explain her government’s decision to relocate this treasured museum.

“The committee again invites her to explain her position to the public.

“No one has been able to explain how former Premier Baird came up with this thought bubble.

“The committee has again invited former Premier Baird to attend. Now that he is a private citizen if he refuses he can be compelled.

“People across the city are shaking their heads with 2.5 billon wasted on stadiums and 1.5 billion on moving the Powerhouse.” Mr Shoebridge said.